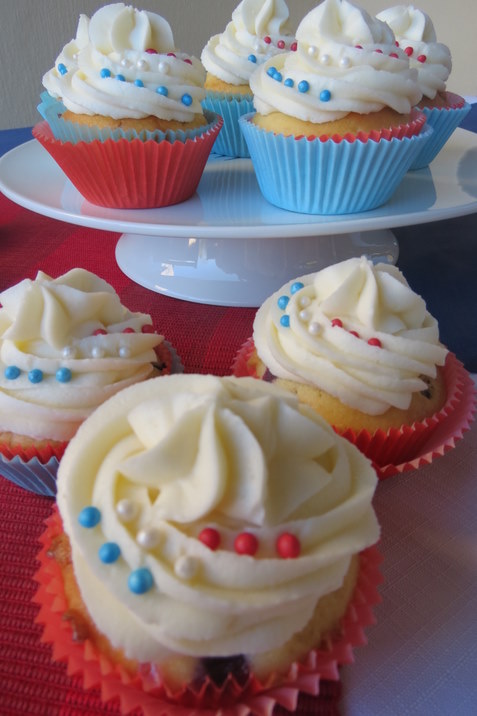 The world was introduced to London’s 2012 Olympic Games at an amazing opening ceremony in which performers and organisers welcomed athletes from all corners of the globe.  After the initial excitement of the lighting of the Olympic Flame, the athletes then treated us to 16 days of some of  the most outstanding and inspiring competition we have yet seen at an Olympic Games. I spent many hours watching perfectly trained athletes run, jump, ride, swim, dive and dance their way to the bronze, silver and gold medals and I was moved by their intense dedication to the individual sports they were competing in. 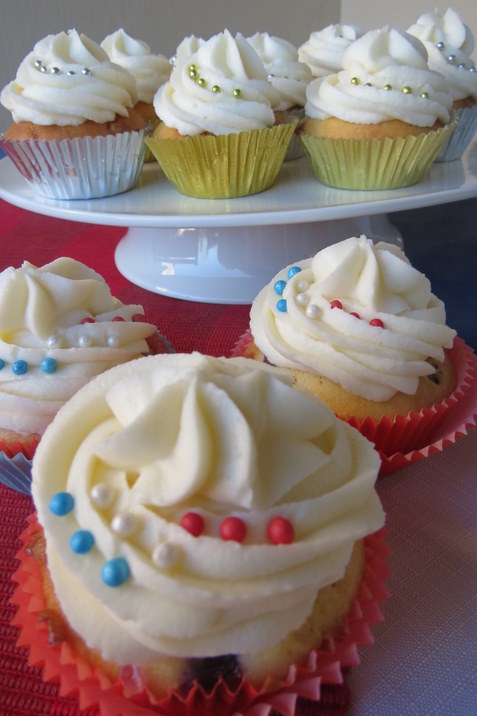 A cupcake in itself cannot do justice to what was a spectacular Olympic Games but I was left with such a feeling of joy as the Olympics were rounded off with an energetic and musical closing ceremony last night that I felt I wanted to make these red, white and blue cupcakes as a personal sweet tribute to the 2012 London Olympics.  In keeping with the British colours I made Blueberry, Cranberry and White Chocolate Cupcakes iced with a yummy cream cheese icing and topped with red, white and blue sugar pearls.  For the medal cupcakes I simply baked them in silver and gold cupcake holders and decorated them with silver and gold sugar beads. 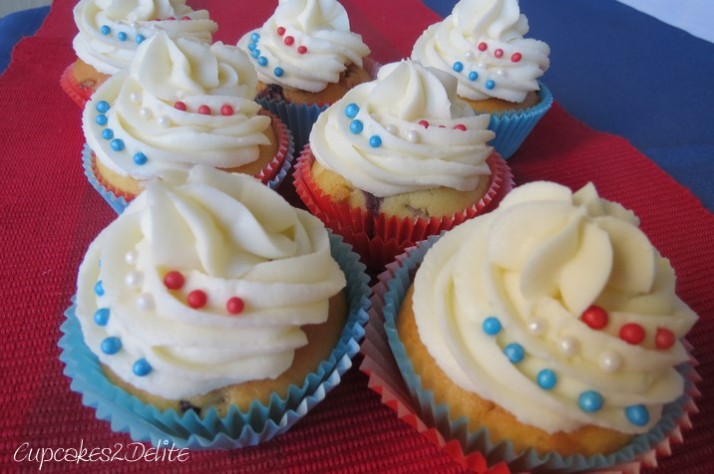 A huge thank you to all the organisers, choreographers and performers in both the opening and closing ceremonies for all the fun, entertainment, emotion and drama you brought to these 2012 games – hats off to you all! Thank you London for inviting the world to your city and for making us welcome as we shared the spectacle of the Oympic Games with you.   And lastly training shoes off to all those brilliant athletes who inspired and enthralled us with their dedication, enthusiasm, power, agility and determination, you have shown us the beauty and greatness of the human spirit and the amazing potential that is in each one of us!