The Boys on the Water

AJ is a great biking friend of my son and he was celebrating his 16th birthday with his mates at the dam.  His mom, Sonya, who is obviously with her husband Deon, a brilliant organiser asked me to do cupcakes for the weekend.  They were taking a group of AJ’s friends away for the weekend and had all the food, logistics and activities planned to make it an awesome weekend for the boys.  Of course I was delighted with the brilliant photos of the weekend they put together on a CD for each boy – I wish I had  just an iota of your planning ability guys you are really great.

So the ideas Sonya had for the cupcakes were logos from different brands such as Rock Star and Monster energy drinks and the Fox logo.  I puzzled over these a bit as it was the first time attempting a cupcake with a logo for a decoration.  The Rock Star was the easiest logo to recreate with sugar paste.  I cut out the star shape logo from sugar paste that I had coloured in different shades of yellow to try and get as close to the logo star as possible.  When the stars were dry I wrote the RR logo on back to back with my edible black ink pen. 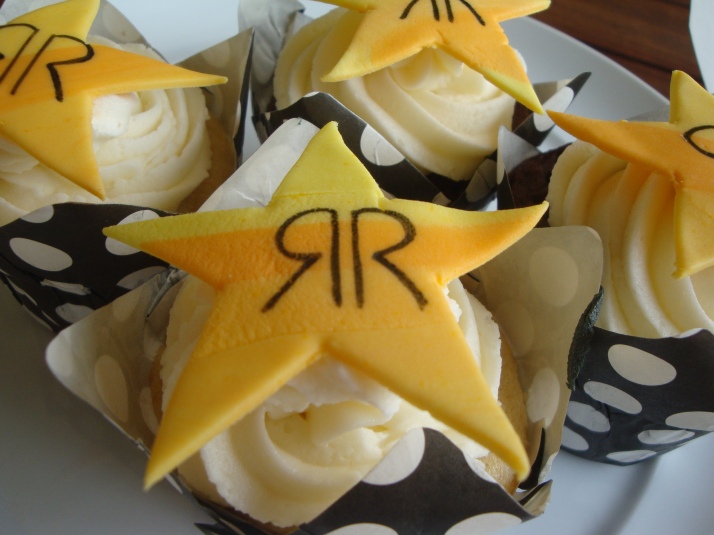 For the Monster cupcakes I iced the chocolate cupcakes with chocolate icing that I coloured black and then using an icing nozzle that makes squiggly lines I iced the Monster – M on the cupcake with lime green/yellow icing – the boys thought the effect was really cool so I was chuffed.

The Fox logo was the most challenging and after watching a few of my botched attempts my husband suggested I do them out of chocolate.  This was a great idea as I had the logo printed and placed it under my baking paper and recreated the logo with melted chocolate on the paper.  They were easy to then put on the vanilla iced cupcakes.

AJ loved his cupcakes and I was so pleased to get them right for such an awesome boy and such a great family.  I love this pic of you AJ wake-boarding and here’s to the enthusiasm and energy in everything you do! 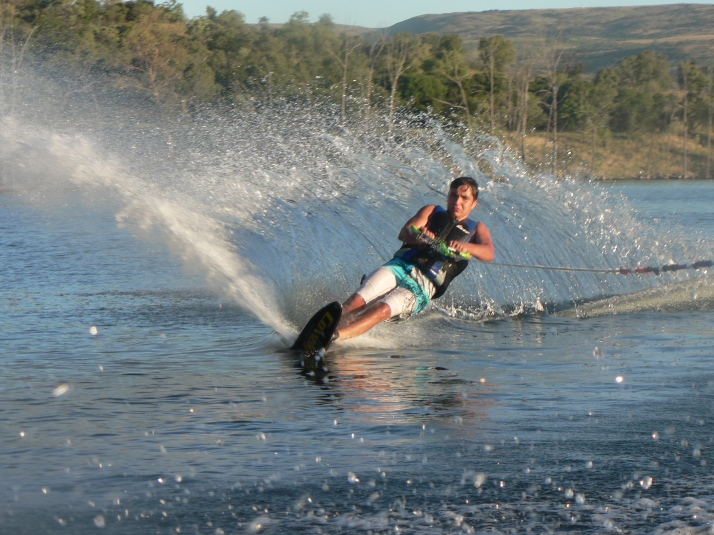