There wasn’t  much time for baking or trying anything new last week with my daughter taking part in the finals for the American Dance Awards held here in Pretoria, South Africa.  The girls from her studio danced all week in solos and in group performances and they were all beautiful.  Ceire qualified in her 2 solos and 2 group dances to go to Orlando, Florida next year and compete internationally so I am such a proud mom of a truly beautiful daughter.  I now this is not a cupcake picture but have to post my favourite of many pictures taken during the competition.

Yesterday I wanted to make cupcakes to celebrate her achievements and wanted a cupcake with an American theme so I thought of Oreo Cupcakes.  Luckily I had a packet of the dark chocolate Oreos with the creamy white centre hidden away in the grocery cupboard and I took 6 and twisted them so that I had half an Oreo with its white centre to pop into 6 cupcake holders. 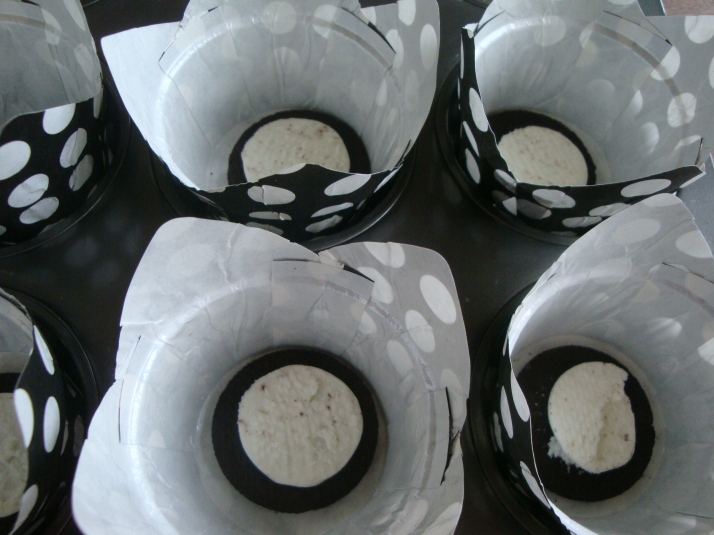 I then took the halves I had left and 6 more oreos and chopped them into big pieces.  I added these to my trusted vanilla mixture and folded them in gently.  I spooned the mixture over the halved oreos in their cupcake cases and popped them into the oven.

I iced the cooled cupcakes with a deliciously rich cream cheese icing.  I added a half an oreo cut from the top this time to each cupcake. These cupcakes were a perfect ending to a hectic and exciting week for us all.  Thanks to you Ceire for your awesome achievements and the inspiration behind these gorgeous oreo cupcakes.

Just one more picture just because I can!

Baby boys & their bears…
A beary cute cake for a babyshower
Baby boys & their bears…
Sweet waves in motion🐳🐳🐳
Having a sweet whale of a time…
Miniature whales swimming on buttercream swirls for a 4th birthday celebration
Wishing you many sweet snuggles & happy cuddles🌸🌸 It was a pleasure to make this happy crochet blanket for your new home.
The door to your hearts, your life, your new home & new adventures @qu1n_n & @hayleynibhriain May only happy footsteps pass through🚪
Les Girls having to say goodbye till the next awesome catch up