The Cake Boss is nearly a household name after having been aired on South African Television for a while now and I am sure I am not the only baker to have been inspired by his creations and to have picked up  a few ideas from his programmes.  One episode in particular grabbed my attention when he was designing a cake with a polar bear theme. He used crushed mint humbugs in his icing to compliment the theme of the icy polar bear cake and I thought this was pure genius.  Of course then I hunted for mint humbugs which I found had become extinct here in SA.  The idea was filed to the back of my brain until recently when Woolworths brought out yes you guessed it, Mint Humbugs, in the most delightful Christmas packaging.

I thought that using the crushed humbugs in the icing would be a perfect idea for a snowglobe Christmas cupcake.  I wanted to make these cupcakes after being inspired by  a cupcake post on Bakerella.  Take time to click on this post as these cupcakes are the essence of Christmas Delight!  Immediately after reading the post I searched our supermarket shelves for a plastic bottle with a similar shape to the Coca Cola one for the dome for these cupcakes.  I found 2 which I planned to cut to shape but they were quickly recycled once empty  – good to know my recycling drive is working so well in the house – but for once I wouldn’t have minded if the bottle had been around a bit longer!  Again it was by chance that I found the most delightful red polka dot cupcake cases with their own domed lid, (Kadees, Fourways).  Perfect for my snowglobe cupcakes.

I made vanilla cupcakes and iced them with my new found humbugs crushed into vanilla icing.  I did add a drop of peppermint essence for an extra kick.  I made a small teddy with a bow and placed him on the iced cupcake.  To complete the snowglobe look, I painted tylose onto the inside of the dome and then sprinkled white sprinkles into the dome.  They stuck quite easily and the loose ones dropped out onto the cupcake as I placed the dome over the teddy and cupcake. (You could also use glitter on the inside of the dome for a non Christmas theme).  These cupcakes are quite small as I haven’t found the dome in a bigger size yet but they look really cute. 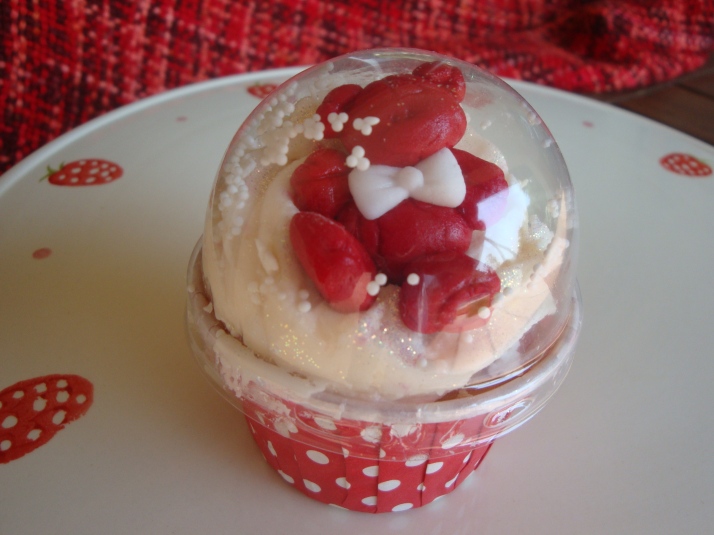 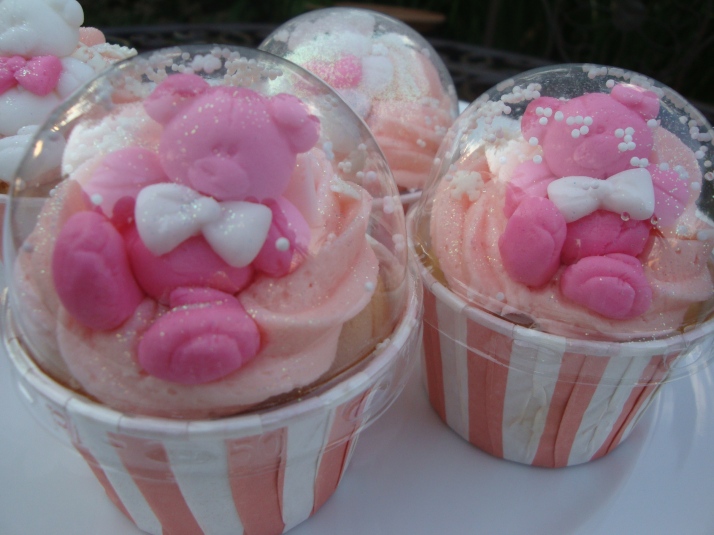